“DANCE OF THE LIONS AND THE DRAGON: THE OPPORTUNITIES OF CHINA-AFRICA COOPERATION IN THE NEW ERA” 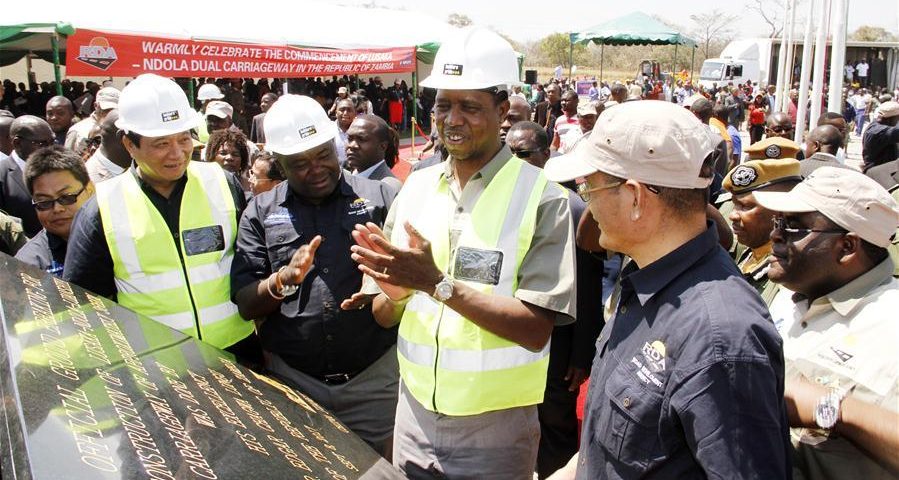 Zambia launched construction of a China-funded mega-road project that connects the southern and central parts of the country to the mining towns in the Copperbelt province.

The construction of the 321-kilometer Lusaka-Ndola dual carriageway, including the bypass roads in Kabwe and Kapiri Mposhi, and 45 kilometers of the Luanshya-Fisenge-Masangano Road will be done by China Jiangxi Corporation for International Economic and Technical Cooperation (CJIC) at a cost of 1.2 billion U.S. dollars, a loan from China’s Exim Bank.

The road, to be constructed in four years, will create over 3,000 jobs for local people.

Zambian President Edgar Lungu, in remarks delivered during the launch of commissioning works in central Zambia’s Chisamba district, said the project will present one of the modern symbols of the friendship between Zambia and China after the Tanzania-Zambia Railway line constructed in the 1970s.

The Zambian leader said the construction of the road will improve the flow of traffic and drastically reduce road traffic accidents that are common on the current narrow road.

He also highlighted the economic benefits of the dual carriageway, saying it was cardinal to transiting vehicles to and from the Democratic Republic of Congo (DRC) and other countries in the southern African region.

“Increased traffic on our roads due to the booming economic activities in various sectors, especially in the mining sector, requires an appropriate response such as this one,” he said.

Yang Youming, the Chinese Ambassador to Zambia, said the construction of the dual carriageway will make the country a hub of transportation in the region.

The two countries, he said, have cooperated greatly in infrastructure development over the years, adding that China will continue supporting Zambia’s infrastructure improvement.

Xu Guojian, the president of CJIC, said that his company had attached great importance to the project and that rounds of studies have been conducted to ensure that it was perfectly done.

According to him, the company has undertaken more than 200 projects in Zambia since 1987 when it entered the market.