Keynote Speech by H.E. Gu Xiaojie, Chinese Ambassador to Nigeria at the Symposium of China/Nigeria Diplomatic Relations at 45 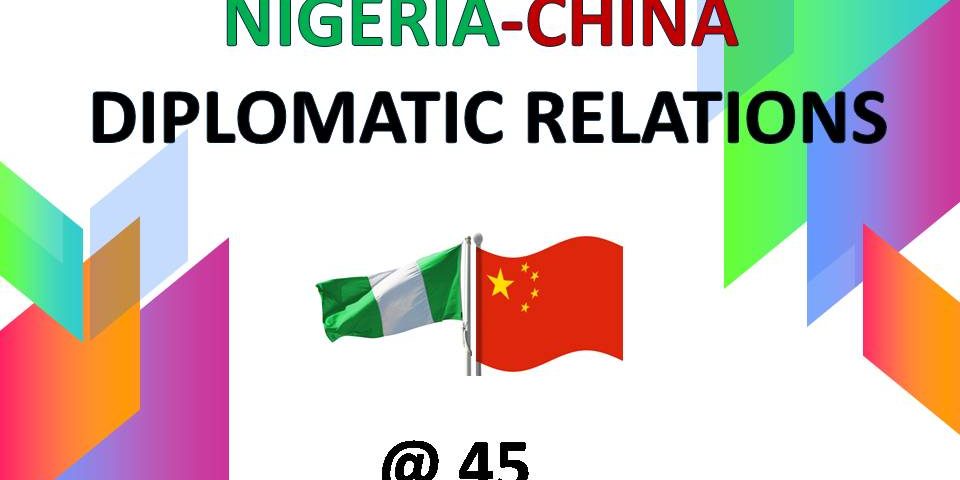 THE ROLE OF CHINA IN INTERNATIONAL AFFAIRS BY MUKHTAR IMAM, LECTURER, NIGERIAN TURKISH NILE UNIVERSITY, JABI-ABUJA AT THE 45 YEARS COMMEMORATION OF THE NIGERIA-CHINA DIPLOMATIC RELATIONS

The growing relevance of China’s approaches to international affairs reflects a number of long-term trends. The rapid growth of its economy over several decades has had an increasing impact on global trade and investment flows, commodity markets, energy resources and the environment.

China is now the largest trading nation, the largest holder of foreign exchange reserves and the second largest economy in the world. This has transformed not just the country itself, but also the nature and shape of the global economy. Over the same period, there has been growth in China’s political, diplomatic and cultural engagement across much of the globe. This has been particularly evident in interactions with its Asian neighbours, including through multilateral institutions such as the Shanghai Cooperation Organization, and with Central Asian states and Russia, or the free trade agreement with the Association of Southeast Asian Nations (ASEAN) and the Asian Infrastructure Development Bank (AIDB). China’s position on issues of global concern, from events in Libya and Syria through to North Korea, as well as on climate change and other non-traditional security issues, is being watched ever more closely. It has also played a more active role in the United Nations. The nature of China’s approaches to international affairs is particularly worth discussing following the completion of the latest – and important – transition in its political leadership. There are both theoretical and empirical questions about the impact of leadership on policy-making and on the behavior of countries in the international arena.

EVOLUTION OF CHINA’S ROLE IN WORLD AFFAIRS
 The early stage in the 1960’s to the 70’s under Mao Zedong in the
 The stage of Greater Pragmatism in Chinese Foreign Policy, 70’s and 80’s 1969-1989
 The stage of expansion

Since the 1980s, when economic development was put at the heart of the party’s strategy after the politically charged Mao era, the primary aim of international policy has been to support China’s economic and social development. This has had a number of implications for policy:

• A desire for a peaceful international environment;

• The use of diplomacy to support access to markets, resources and investment (particularly investment into China from the 1980s, though recently investment out of China has been growing more rapidly), with the party talking of a period of ‘strategic opportunity’ for development lasting to 2020;

• A pragmatic acceptance (short of embrace) of the existing structures of the international system, including economic globalization, symbolized most strongly by China’s entry to the World Trade Organization (WTO) in 2001;

• A growing desire to be seen as a ‘responsible stakeholder’ in the international community; and

• particularly since the early 2000s, the strengthening of diverse relationships across the globe, leading to an ‘omni-directional’ foreign policy that aims to facilitate China’s global economic interactions and has the effect of diluting the impact of its rise on any one region.

An important consequence of this is an expectation of strong integration between economic, geopolitical, security and resource issues in China’s approach to international affairs. An examination of Chinese policy documents during the 2000s suggests that these fundamental aims remain in place. However, the terms of the debate about international policy in China have shifted over the last few years, especially as a result of the global financial and economic crisis that struck in 2008. Here a number of trends are worth noting:

First, the idea that power is shifting from ‘West’ to ‘East’, and in particular that the United States and other Western countries are in (relative) decline, has become influential in much Chinese thinking about international issues. Although this analysis is somewhat contested – and individual and corporate interest from China in the United States and other developed economies remains strong – it has contributed to a growing confidence in China’s international policy-making. It should be noted that a shift ‘East’ is not just to China, and the last five years have seen the more rapid emergence of other major economies right across Asia and elsewhere, including in the Middle East. This fits with Chinese strategic language about the positive potential for developing countries in economic globalization, and the quasi-deterministic belief that the world is exhibiting trends towards ‘multi-polarity’, the existence of multiple poles rather than a unipolar system with a single superpower.

Secondly, the 2008 crisis challenged the models of economic governance – typified by the ‘Washington consensus’ – propounded by many Western countries which had been dominant since the end of the Cold War. This challenge has offered space for official and semi-official propagation of alternatives under the rubric of a ‘China model’.In particular, this trend has encompassed a reassertion of a valuable role for governments in the economy, as well as the promotion of alternatives to various democratic systems as political models, not just in China, but elsewhere.

This is related to a third area, global governance, particularly in economics. The most obvious indicator of changing power dynamics here is a shift in emphasis from the G8 to the G20. The ‘BRICS’ (Brazil, Russia, India, China, South Africa) have also turned from an analytical acronym to an emerging grouping for deliberations on global issues and economic development. As the International Monetary Fund and World Bank have come under pressure too, the Chinese government has pushed to increase its voice in these institutions. China’s response will remain proactive: the latest Chinese policy documents talk about ‘active participation in global economic governance’.

Further, the stalling of the Doha round of WTO talks, and the global proliferation of regional and bilateral free trade agreements, have meant that regional groupings and institutions are now more prominent actors in global affairs. China’s response to this has been an active strategy of regional engagement, including negotiating free trade agreements where feasible. From a Chinese perspective, the world (outside China at least) is perhaps shifting from a world of states to a world of regions under globalization. At the same time, the last five years have seen China climbing to the top of world league tables in a number of aggregate economic rankings. Its economy is now the second largest in the world, after that of the United States, in 2012 its total trade volume in dollars overtook that of the United States (China has been the largest exporter by volume for some years), and its holdings of foreign exchange are also the largest globally. These statistics need some qualification, however, and on a per capita basis, China’s GDP levels and wealth distribution are not nearly so impressive.But this trend has contributed to growing global concern about the impact of the country’s rise, and nervousness about its consequences. The Chinese leadership faces a challenge in responding to this. On the upside, this continued economic development, and the demand for resources and markets that it engenders, have further driven Chinese state and non-state enterprises to ‘go out’ (zouchuqu) and explore trade and investment opportunities across the world. In the energy sphere this phenomenon has been seen for a little longer, but here too the scale of Chinese presence overseas has grown rapidly over the last five years.

The one thing that has remained unhampered in Chinese foreign relations is the policy of continuity and consistency. Notwithstandingtrends experienced over time, changes to China’s international policy are likely – if there are – to be only gradual. As noted above, there is strong continuity in Chinese foreign dealings (especially since 1992).It is best seen in the handover document, delivered by Hu Jintao in his role as the outgoing general secretary, but reportedly drafted by a team headed by Xi Jinping, the incoming party chief. The overall message of the relevant part of the report is that China desires; peace, development, cooperation and mutual benefit in a world that is strongly structured by economic globalization.By working together states can further this. ‘Humanity only has one planet,’ as Hu Jintao put it. Overall, there is a strong economic flavour to the Chinese foreign relations whose policy is to encourage further opening up, the development of ‘win-win’ strategies and the use of dialogue to solve trade disputes. Accompanying this is also the need to close development gaps between the (global) north and south: ‘equal growth’ should be the goal. A much talked about area by China is ‘adapting to new trends in economic globalization’, perhaps this has helped in providing a political foundation for China’s more active participation in global economic governance.

In contrast therefore, China’s role in World Affairs whether economically, culturally, politically, diplomatically etc. is very significant and cannot be overemphasized. This exalted position in global and has transcended time – it did not just happen by chance – it took many years of dedication and sacrifice, discipline and foresightedness. Taken together, all of the above, it is further suggested that a more proactive approach by China to regional – and possible international – affairs should be developed, and in doing so Nigeria must be accorded priority as the two countries happen to be the unarguably the most important nations in the continents of Africa and Asia. Still, the approaches of its new leadership to international affairs demonstrate a strong degree of continuity with the evolving policy frameworks developed since the 1990s. Continued openness and international engagement should therefore be expected in the future. 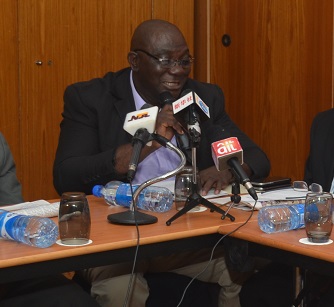