China sets up base in Djibouti 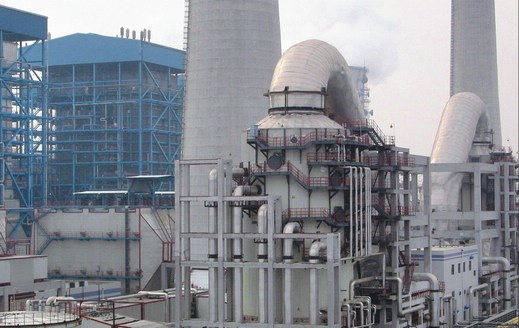 A Chinese owned and managed company, Dongfang Electric Corporation (DEC) has with its endeavour and hard work achieved the annual production of power generating equipment of more than 40, 000MW consisting of hydro, thermal, nuclear, wind, combine-cycle generating unit, and is presently enjoying one-third domestic market share in thermal power and two-fifths in hydro power. The Corporation is poised to extend its services to countries like Sierra Leone, which is currently making efforts to solve its electricity woes.

DEC’s Vice President, Weidong Hu said economic development can only enter countries with a good electricity supply system. He said DEC is willing to help African Countries develop reliable and environmental friendly clean electricity supply. “We have lots of ongoing projects and discussions taking place in some African Countries,” he said, and added that they are hoping to expand their green energy plants to areas where it is necessary in the continent.

With headquarters in Chendu City, Sichuan Province in the Peoples Republic of China, DEC is one of the most influential enterprise groups under the direct administration of the Chinese Central Government. It has become a competitive group that is specialized in manufacturing industry, research and development of cutting edge technology, contracting international engineering projects, exporting complete plants and equipment, and conducting international economic and technical cooperation.

“We are willing to do business and investment in countries that want us to do so. We need to know about the opportunities, challenges and available resources. We are capable of doing worldwide procurement of raw materials, especially steel products,” Mr. Hu said.

Report states that the entire installed generation capacity of Africa’s 48 Sub-Saharan countries is just 68 gigawatts. Up to one-quarter of that capacity is unavailable because of aging plants and poor maintenance.

Per capita consumption of electricity in Sub-Saharan Africa averages only 124 kilowatt-hours a year and is falling. The rate of consumption is barely 1 percent of that in high-income countries.

The economic cost of power shortages can amount to more than 2 percent of gross domestic product. For some countries, it has shaved as much as one-quarter of a percentage point off annual per capita GDP growth rates. With the rising middle class and increased industrial activity, power will be the number one problem for sustained development across the continent.

As China’s forerunner in exporting major technical equipment, especially large-scale power generating equipment, to outside world, Dongfang Electric Corporation (DEC) has been actively exploring international markets ever since 1980s and is constantly making and renovating the record for Chinese major technological equipment to ‘go global’.

Ms Haiying Yan, DEC’s Deputy Director General in the Publicity and Communications Department told African Journalists that the company has over 100 projects in more than twenty countries along the Belt and Road Initiative, costing over $10 billion. By 2018, she said the Corporation will be amongst the world’s ten best.

The Corporation represents the top class technological and manufacturing level of China’s heavy machinery and equipment industry, and is appointed by the Central Government as one of the most important state-owned enterprise groups concerning the national economy.

In virtue of technological advancement as well as optimization and upgrading of product structure, DEC off shore business presently covers the exporting of large-scale complete sets of equipment in regards to power generation, transmission and distribution, rail transit, environmental protection, etc.

Adhering to the principles of fatalistic, innovative, harmonious and initiative, DEC will be constantly dedicated and devoted to be a reasonable company, responsible for products, services, customers and society. As a company from a historical ancient land, it embarked on striving towards the goal of becoming a domestically leading and internationally competitive group, and is ready to work and share experiences to achieve mutual development in the world.

Sub-Saharan Africa Countries are currently yearning for quality and abundant electricity generation and supply. Most of the Sub-Region’s power sector is significantly underdeveloped, in terms of energy access, installed capacity, or overall consumption. The fact that residential and industrial sectors suffer electricity shortages means that countries in Africa are struggling to sustain GDP growth. This is why fulfilling the economic and social promise depends on the ability of governments and investors to develop the huge electricity capacity.