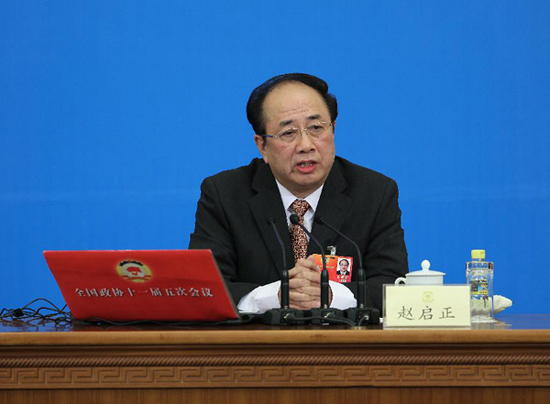 China is the biggest developing country in the world, while Africa is the continent with the largest number of developing countries. China and Africa constitute a community of common destiny, which not only is a practical need of the two sides, but also has its historical background.

From 1845 to 1943, altogether 12 countries established their joint“concessional area”in Shanghai, which shows that China was once a semi-colonial country. Such a historical background makes it easy for the Chinese people and African people to understand each other. The Chinese dream is about building China into a great country to rejuvenate the Chinese nation, while the African dream is about rejuvenation of African countries and nations, and the revitalization of the African continent.

Shanghai is divided into the eastern and western parts by one river. Decades ago we were very poor, with no money or capability to build a bridge or a tunnel. What we used then was a ferry to transport people from one part to another. In times of heavy smog or rains, it was dangerous to take the ferry. There was always imbalance between the two sides of the river. The eastern part of the river was called Pudong, which used to be a backward place.

Pudong used to have very poor infrastructure. Whenever it rained, some paths would turn into rivers. At that time, there was a saying in Shanghai,“it is better to have one bed in Puxi (western part of Huangpu River) than to have a housing in Pudong (eastern part of Huangpu River)”, which can tell you how poor Pudong was at the time. In 1990, under the guidance of the general architect of China’s reform and opening-up, we started the dream of rejuvenating Shanghai, which was the well-known plan of“developing Pudong”.

It has been 26 years since the implementation of the plan. Housings, factories, roads, bridges and tunnels have been built there over the past two decades. There are now over ten bridges across the Huangpu River, ten tunnels going through it, connecting the western part and the eastern part together. Nanpu Bridge is the first bridge we built in Pudong. It is 8300 meters long, open to traffic in November 1991, and cost only slightly over 100 million dollars. There are now ten such bridges. When one looked from the west to the east across the river, he could only see farmlands and dilapidated housing. However, now what one can find in the east are brand new buildings everywhere. Such efforts brought about leapfrog development in Shanghai, which started its rejuvenation.

In the initial years of the development of Pudong, some newspapers of the west said that it was just a political slogan and impossible to succeed. I still keep some of the newspapers then, taking them as a kind of pushing force. If anyone says Africa cannot succeed, you should also keep the newspaper and show them a new Africa 20 or 30 years later.

At that time, there were two famous people holding opposing views. One was called Milton Friedman who was a Nobel Prize laureate and monetary expert. He has been to Shanghai and said that the Pudong Development Plan might mean another“Potemkin village”. As you might know,“Potemkin village”is the synonym of a big lie– a Russian minister named Potemkin once built a false village to cheat Catherine II of Russia. Mr. Friedman was a great monetary expert, but he failed to understand China or Shanghai. He did not understand the real strength of the Chinese people. He passed away years ago. The author of his biography said that if Mr. Friedman were still alive, he might revise his views. I also believe that he would do so. At the same time, there is a“China hand”in America called Dr. Kisisnger, the former secretary of state of the US. He said to me many times that“I do not think the development of Pudong is a dream. It is a real action. You see, I am right.”

There are many cultural facilities in Pudong today. The construction of Pudong Oriental Art Center cost about 200 million dollars, jointly designed by the French and Chinese engineers. Pictured by a drone from the high sky, it looks like a flower. We call the building“butterfly orchid”. I think maybe we can call it what former Foreign Minister Li Zhaoxing has called the“today-yesterday-tomorrow flower”. It was barren land yesterday, and is a beautiful flower today, and will give birth to beautiful music and many artists, musicians and performers tomorrow.

We have not forgotten scientific research. The latest Optical source laboratory in Shanghai is on the research of basic physics. It has been completed. We welcome scientists from all countries to come here for joint research.

The Shanghai dream, a part of the Chinese dream has been initially realized. The African dream is composed of the dreams of 54 countries. If the dream of each country can be realized, it will produce a great Africa.

Let us share our splendor and beautiful dreams with Africa. Let the Chinese dream and African dream fly together for the great rejuvenation of our nations.