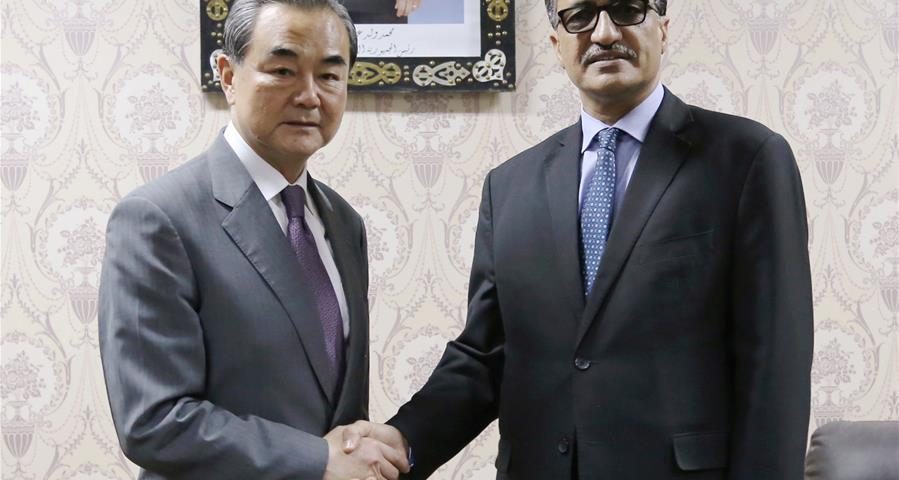 These are aimed at helping Mauritania gradually strengthen its capacity for independent development and establish its own industrial system, he said, adding that China has full confidence in Mauritania’s development potential and the two countries’ cooperation.

“Mauritania, being a member of both the Forum on China-Africa Cooperation and the China-Arab States Cooperation Forum, may fully tap into the two platforms for deeper engagement with China and enhanced cooperation with China in various fields,” he said

The minister said the two countries, as good friends and partners, should make joint efforts to turn the traditional friendship into a momentum to strengthen cooperation, adding that China will enhance communication and coordination with Mauritania and push forward both government assistance and cooperation between companies.

Wang said China, as a developing country and a permanent member of the UN Security Council, always supports African countries in solving Africa’s problems in their own way, and will continue to make efforts in safeguarding the benefits of African and developing countries as a whole.

He added that China also supports the important roles played by Africa’s regional organizations in dealing with African matters, adding that China supports the Sahel G5 mechanism championed by Mauritania, and will provide necessary assistance to the mechanism for it to play a greater role in maintaining regional security and stability.

Bih said the two countries are currently carrying out initial cooperation around the Nouakchott fishing port and a maritime industrial park, and Mauritania hopes the cooperative projects will start at an early date and become new symbols of China-Mauritania friendship in the modern day.

Mauritania will enhance coordination with China and make joint efforts to ensure that the process of the UN Security Council reform is on the right track, he noted.