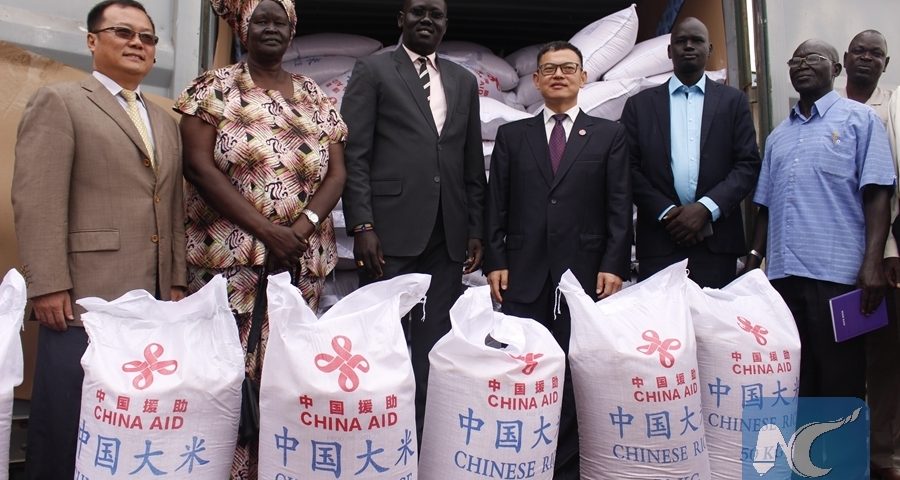 The Chinese government handed over 1,500 tonnes of rice as emergency food aid to hunger-stricken South Sudan.

In April, Beijing pledged to provide 8,800 tonnes of rice to the war-torn East African nation to help fight the severe food shortage.

Li Xiangfeng, charge d’affaires of the Chinese Embassy in South Sudan said the first batch of 60 containers of rice has already been handed to South Sudan’s Relief and Rehabilitation Commission (RRC) and more are expected to arrive in the coming months.

The envoy said China attaches great importance to the bilateral friendship and cooperation between Beijing and Juba.

“As a true friend and sincere partner of South Sudan, China will continuously provide strong support to South Sudan in the process of peaceful reconstruction,” Li said.

Paul Dhel Gum, deputy chairperson of the RRC appreciated the Chinese government for standing with South Sudanese, adding that the donation would be used to address food shortage in the most vulnerable areas affected by conflict and severe food insecurity.

“We will continue to cooperate with the people of China because of their continued commitment to help the people of South Sudan, and we are grateful for the donation,” said Gum.

South Sudan has been embroiled in more than three years of conflict that has have taken a devastating toll on the people.

A peace deal signed in August 2015 between the rival leaders under UN pressure led to the establishment of a transitional unity government in April, but was shattered by renewed fighting in July 2016.

The UN estimates that 1.5 million people have been displaced into neighbouring countries and another 7.5 million people across the country are in need of humanitarian assistance and protection.