19th National Congress of the Communist Party of China (CPC), its Global Significance and implications for the Sino-Africa Cooperations 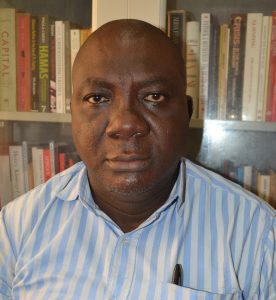 The director of the Center for China Studies, CCS Mr Charles Onunaiju, will address the 8th World Socialist Forum, in Beijing, People’s Republic of China.

The forum organized by the Chinese Academy of Social Science (CASS) under the theme of the “Characteristics of the Times of great Development and October Revolution and the World Socialist movement.” will hold from the 14th to the 15th of October and according to the organizers will be attended by thirty (35) foreign experts from across the world and sixty five (65) Chinese experts.

The director of CCS, Mr Charles Onunaiju is expected to deliver address on the topic of the “Objective Revolutionary Pressures in Africa and the Relevance of Marxist-Leninist Theory.”

The Chinese Academy of Social Science (CASS) is the premier academic and comprehensive research orgnisation and national center in the People’s Republic of China for study in the field of philosophy and social sciences, with the obligation of advancing and innovating in the scientific researches of philosophy, social sciences and policies.

CASS was described by America’s most influential academic journal “Foreign Policy” as the top Think Tank in Asia. CASS is affiliated to the China’s State Council