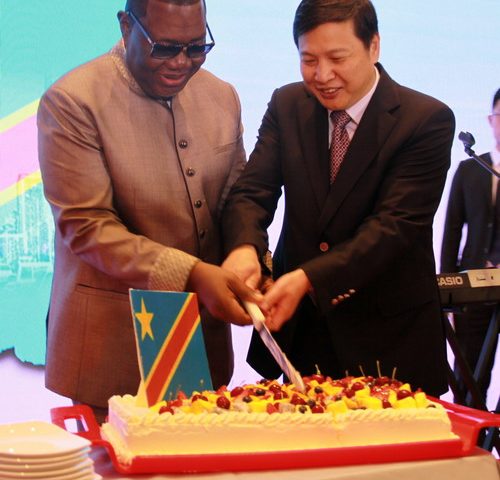 Assistant Foreign Minister Qian Hongshan attended at invitation the National Day reception marking the 57th anniversary of the Independence of the Democratic Republic of the Congo held by the Congolese (Dem) Embassy in China, and exchanged views with Congolese (Dem) Ambassador to China Jean Charles Okoto Lolakombe on relations between China and the Democratic Republic of Congo.