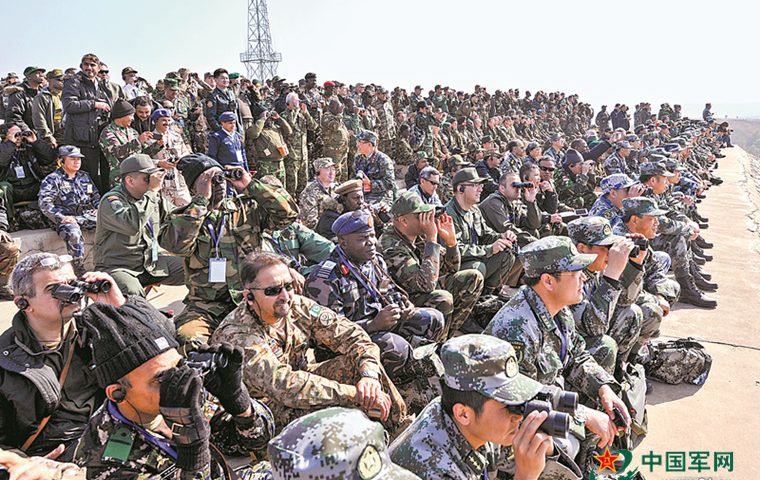 Some 60 African senior military officers passed out from the College of Defence Studies, National Defence University, Beijing, after undergoing a 10-month War College course. The African officers from 28 English-speaking and 32 French-speaking countries were part of a total number of 134 participants for the prestigious course.

“The course was very high profile, rich and diversified. It gave me a clear insight of the economic metamorphosis of the People’s Republic of China, a broad view of international and national security issues across the world, as well as equipped me with the necessary tools to analyze security problems and undertake conflict resolution,” Col. Ngwah Abdoulaye Kenyiveh, the only Cameroonian participant, said.

“The course does not only enable me to command joint operations, but it qualifies me to handle responsibilities at strategic level,” Col. Kenyiveh, who is one of many Cameroonian officers to take the course, noted. Overall, 134 participants received the training in English, while 32 officers studied in French – all bagging a Certificate in Defence and Security Strategy from the College of Defence Studies, National Defence University (CDS/NDU). The school is the highest military institution in China.

“Course participants who are holders of Bachelor’s degrees and are interested in studying for Master’s degree in Defence and Security can do so. This year, seven officers from the French-speaking class proudly defended their Master’s theses,” Col. Ngwah Abdoulaye Kenyiveh disclosed. The 10-month curriculum included modules on Chinese studies, national and international security, military strategy, etc.

“We provide a platform for officers from all over the world to communicate with each other, diagnose problems for international security and jointly explore ways of maintaining world peace. It is an important manifestation of China taking responsibility as a major country, especially in military area,” Xu Hui, Dean of CDS told the press last year. He added that defense and strategic studies, and international studies courses have become internationally renowned brands with growing attraction.

The College of Defense Studies is subordinated to the National Defense University of the Chinese People’s Liberation Army, the highest institution of military training in China. It is mainly tasked to provide education to senior commanding, staff and research officers as well as senior foreign officials. The predecessor to CDS was set up in the early days after the founding of PRC in 1949 and was subordinated to Nanjing Higher Military Academy.

In 1969, it was moved to Changping, Beijing and was named 5th Brigade of the Chinese People’s Liberation Army Military and Political University. In 2004, it was renamed College of Defense Studies, National Defense University, NDU.