50 Liberians Off to China On Scholarship

50 Liberians Off to China On Scholarship 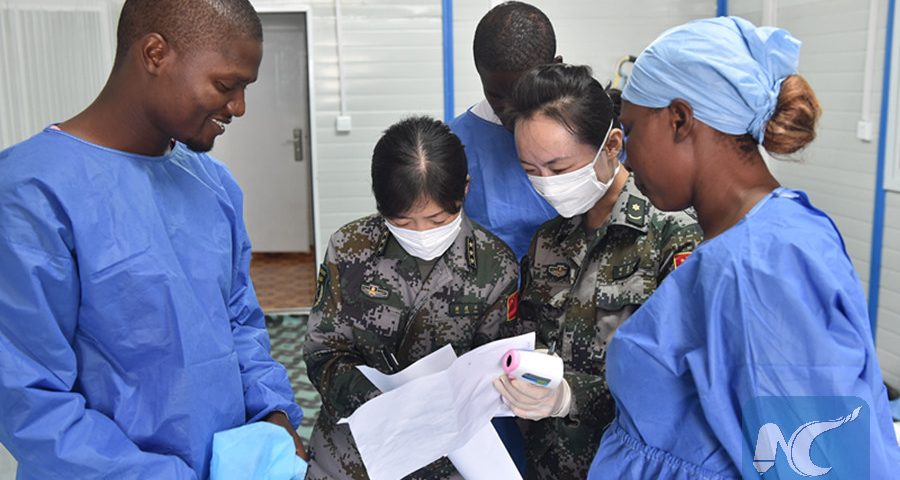 Fifty Liberians are set to leave for the People’s Republic of China to study at various universities on bilateral scholarships offered by the Chinese Government.

The beneficiaries are going to pursue their Master’s Degree in various disciplines.

At an August 16 farewell reception at the Chinese Embassy near Monrovia, Ambassador Zhang Yue said “As part of Chinese assistance to Liberia’s post-Ebola recovery, the Chinese Government decided to add another 25 government scholarships to Liberia during our Foreign Minister Wang Yi’s visit here last year.”

Clarifying the different categories of the scholarships, Ambassador Zhang said 11 are slated for a one year Master’s degree program and 200 training opportunities for Liberian students, professionals and military officials this year.

The Chinese Ambassador also disclosed that there are also seven students that successfully passed the Chinese Proficiency Test (otherwise known as HSK) Level-4 and were awarded the Confucius Institute Scholarship to travel to China this September.

In a related development, Ambassador Zhang disclosed that the Chinese side of the Liberia-China relationship has provided the Chinese Ambassador’s Scholarship and Chinese Enterprises Scholarship to students who performed well in the universities and colleges of Liberia.

He said more than 300 students receive these scholarships every year.

Ambassador Zhang then called for a comprehensive cooperative partnership between Liberia and China, which is already developing, both in depth and aided by cooperation in education and human resources.

He told the beneficiaries to serve as ambassadors to cement the bilateral ties between the two countries to push the cooperation to new heights to better serve Liberia socio-economically and bridge the China-Liberia friendship.

In remarks, Aagon Tingban, Deputy Minister for Administration at the Ministry of Education, recounted China’s numerous contributions to Liberia’s post-conflict development and commended the Chinese for their assistance to Liberia’s human resource development.

He urged the scholarship beneficiaries to be studious and make Liberia proud by coming out with the desired results.

A representative of the beneficiaries, Bryant Lighe, commended the Chinese Government for the scholarships and assured the Liberian Government that they will do their best to fully represent the country in their academic sojourn.

He told his colleagues to exert effort to study and return to build their native land, emphasizing that no one can do it for Liberia except Liberians.

The farewell reception was attended by government officials and directors of public corporations. Among them were Dehpue Zuo, Deputy Minister for International Cooperation and Economic Integration at the Ministry of Foreign Affairs; Rosetta Nagbe-Jackollie, Assistant Minister for Afro-Asian Affairs of the Ministry of Foreign Affairs; and Mr. Ledgerhood Rennie, Director General, Liberia Broadcasting System.