“The Road to Sustainable Development of Tibet” By Charles Onunaiju being a paper presented at the “4th development forum for the Tibetan region of China” which held in the Tibet region of China from 12th to 15th August 2014.

Africa’s nearly one thousand odd ethnic nationalities distributed in her 54 sovereign states is central to any useful insight to the critical fault line that has induced political contestations and sustained some intractable conflicts in the continent. From older states like Nigeria, Kenya and even newer states like South Sudan and others, conflicts feeding on the fault lines of ethnic nationality questions have undermined development, threatened social and political stability and stunted the growth of state institutions. Ethnic nationalities in Africa range from large one like the Igbo, Hausa, Fulani, Yoruba, Ijaw in Nigeria, Kikuyu, Luo, Kalenjin in Kenya, Nuer, Dinka in South Sudan to smaller ones like Twi in Ghana and others.
The rapid development of the region of Tibet after the peaceful liberation in 1951, democratic reforms in 1959 and the enhancement of her status as an autonomous region of the Peoples Republic of China in 1965 was given impetus by a mix of local self-governing institution and a focused and constructive central government input which triggered sustainable development and enhance quality in the living standard of all people in the region and particularly the ethnic Tibetans. Prior to the democratic reform in Tibet in 1959, 95% of the population, held in serfdom and slavery have no civil liberties or political rights. The reform abolished theocracy and brought all peoples under the protection of the constitution and law. The break in the theoretic siege of the Tibetan population following the democratic reform, heralded strings of strategies and innovations leading to contemporary development in the region.

Actually, the Tibet autonomous region of China initiated its modernization drive against a state of extreme backwardness as a result of centuries of feudal serfdom. And against the backdrop of special historical condition of Tibet, the Chinese central government administration supports the region’s development by providing preferential policies, projects and funds and exhorts relatively developed provinces and big enterprises to help the region.

The comprehensive development strategy of all regions and provinces corresponds to the socialist character and orientation of the Chinese State, in which the people of all ethnic nationalities are the target of continuous, sustainable and improved well-being.

The spectacular development of Tibet and other regions especially in the western belt of the country have its inspiration in the constitutional provision which obligates the state “to assist areas inhabited by minority nationalities in accelerating their economic and cultural development according to the characteristics and needs of the various minorities nationalities”, and in the spirit of “Socialist relations of equality, unity and mutual assistance”.

The central government of China, concerned with the development of Tibet instituted Tibet work symposiums and which was held for the first time in 1980 and mainly implemented the lines, principles and policies that was formulated at the historic 3rd plenary session of the 11th Communist Party of China central committee in 1978. The Tibet work symposiums have held for five times and have contributed immensely to broadening and implementing the development strategy of Tibet.

The 5th Tibet symposium established ambitious goals to be attained by 2015. According to the programme, by 2015, the gap between the per capita net income of Tibet farmers and herdsmen and the national average is to be considerably narrowed; basic public services notably enhanced; ecological environment further improved and that Tibet will have a more solid foundation for building a well off society in all-round way. By 2020, the symposium projects that, the per-capita net income of Tibet’s farmers and herdsmen will be very near t the national average, and the regions public service capacity will be near to the national average and there will be comprehensive improved infrastructures, notable progress in building ecological security, sustainable enhanced self-development capacity and a reasonable success in building a well off society in an all-round way.

Tibet’s outstanding development success was substantially enhanced, as the regions infrastructure construction made an important breakthrough on July 1st 2006, when the Qinghai-Tibet Railway went into operation, attracting world wide attention and ending Tibet’s history of being without railways.

The building of a railway between Qinghai and Tibet was a strategic decision made by the central committee of the party and China state council at the turn of the century and was listed among the landmark projects for the development of the western region of the country. The nearly 200km railway begins in Xining, capital of Qinghai province, and ends in Lhasa, capital of the Tibet Autonomous region. The railway is the longest and highest plateau railway in the world. To construct the railway, it was reported that engineers have to overcome extremely severe challenges in railway construction-perennially frozen ground, high altitudes, frigid temperatures, lack of oxygen and amidst all these, endeavoured to protect the unique, fragile ecological environment of the Tibetan Plateau. The advent of the railway has therefore greatly accelerated the circulation of people, material, capital and information and has a great and direct boosting effect on the economic development of Qinghai and Tibet, especially on the regions on the economic development of Qinghai and Tibet, especially on the regions along the railway lines. Among the numerous changes brought about by the railway, the most distinctive and easily measurable is the exponential demand for tourism. According to statistics from the Tourism Bureau of the Tibet Autonomous Region, in the first-five months from the operation of the railway, to the end of 2006, Tibet received 1.86 million tourists from both China and abroad, an increase of 48% over the same period of the previous year.

However, a project of such magnitude apart from triggering massive economic and other tangible activities also broadens the world-view of the people of the region, freeing the minds from primordial superstitious and prejudices.

The completion and operation of the Qinghai-Tibet railway has optimized Tibet’s economic growth structure, rationalized its industrial structure and increased the proportion of its secondary and tertiary industries. In two years after the opening of the railway, the number of self-employed and private enterprises increased to 77,900 by the end of June 2008.

The development of Tibet, especially in the region’s infrastructure growth, while it has served the Tibetan people and other ethnic nationalities in the region well is a subject of hostile propaganda which claims that development is enforced by the Chinese central government. However, the 17-Article Agreement, the cornerstone of the democratic reform of 1959 explicitly states that “in matters relating to various reforms in Tibet, there will be no compulsion on the part of the central authorities. The local government of Tibet shall carry out reforms of its own accord, and, when the people raise demand for reform, they shall be settled by means of consultation with the leading personnel in Tibet”.

The subsisting consultative mechanism enshrined in Tibet’s democratic architecture constitutes the enabling social and political infrastructure on which the continuous development of the region will be sustained. The road map to sustainable development in Tibet cannot therefore be an abstractive and speculative intellectual endeavour or scholastic grandstanding.

Any such reflections therefore, on the future of sustainable development in the Tibet autonomous region of China would have to seriously take effect, from the concrete ad and material conditions in which the Tibetan people are moving along a dynamic super high way of prosperity. The recognition of all ethnic nationalities in China as the joint-founders of the modern state of China and the practice of regional autonomy with self-governing institutions, especially for ethnic national minorities are key element of the political system of modern China.

This practice has implication for Africa and the lessons can be very useful, especially, for a continent, where ethnic nationalities have been identified as critical fault lines in building states stability and enhancing economic and social development. The failure of classical western federalism to address the ethnic-nationality fault lines in most of African states, especially, its biggest nation, Nigeria, suggest eloquently, a more creative and imaginative ideas in seeking a solution.

The practice of regional autonomy and self-governing institution for ethnic nationalities and especially among the ethnic minorities would provide an essential input in finding solution to one of Africa’s intractable problems.

The China’s experience especially with her autonomous region of Tibet, has shown that, where the ethnic nationality question is properly managed, with solutions that are specific to the history and condition of the people, it could trigger a comprehensive development and enhance overall improvement in the quality of lives of all the people. 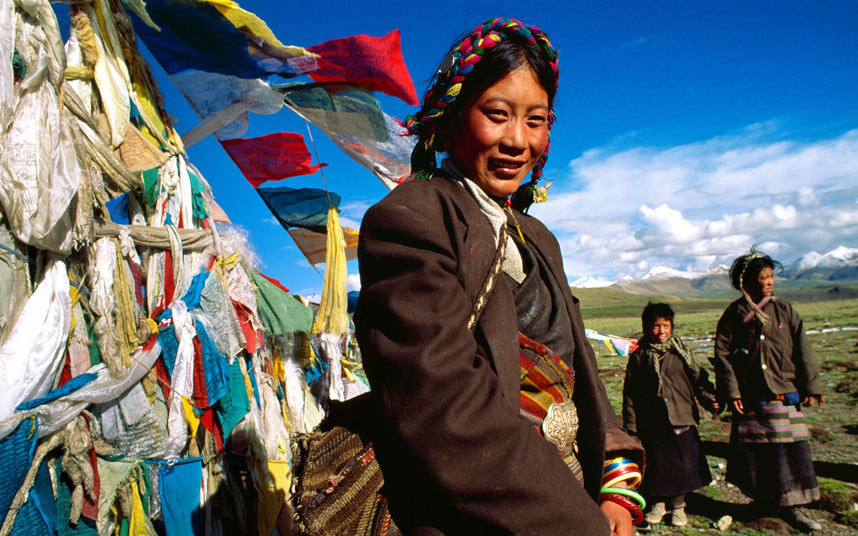 The Road to Sustainable Development of Tibet

“The Road to Sustainable Development of Tibet” By Charles Onunaiju being a paper presented at the “4th development forum for the Tibetan region of China” which […]
Do you like it?0
0 Read more 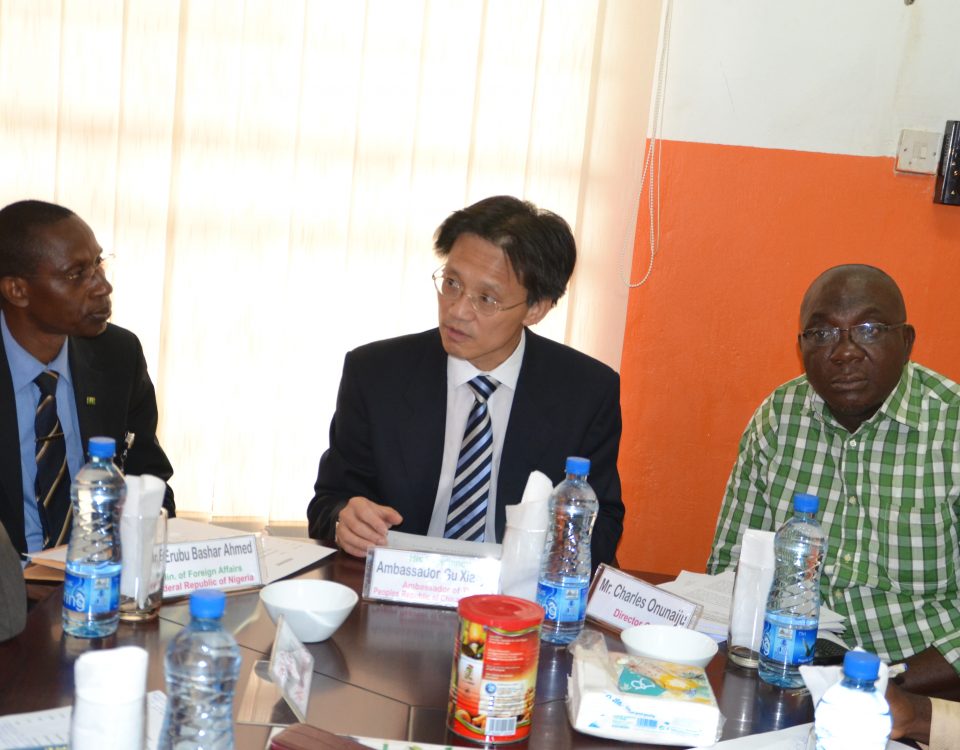 Summary and Communiqué of the Roundtable organized by the Centre for China Studies (CCS) on the theme “Nigeria-China Co-operation and beyond the May 29 handover; Opportunities, […]
Do you like it?0
0 Read more 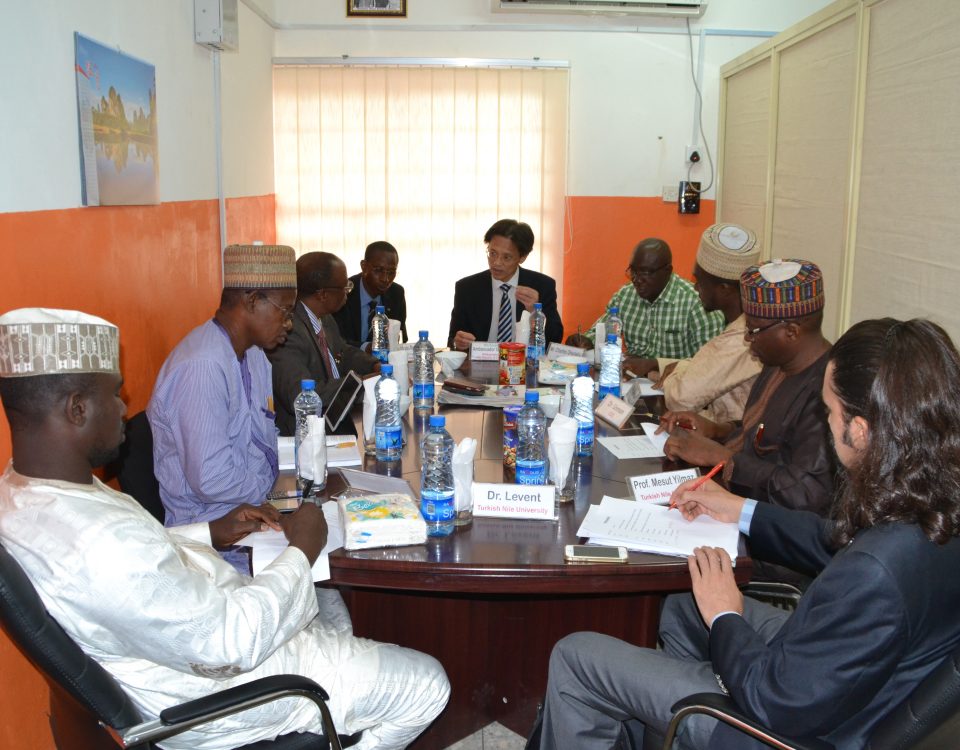 (Paper presented at the first dialogue session, organized by the Centre for China Studies (CCS) in Abuja, on the 5th of May, 2015.) His Excellency, the […]
Do you like it?0
0 Read more